The association shall be called: “EUROPEAN PET NETWORK”, abbreviated to EUROPETNET or EPN

Its registered office is established in 4877 OLNE. It may be transferred to any other place in this town by way of a decision by the General Assembly. It is currently established at 4877 OLNE, RIESSONSART, 91, administrative district of Liège. Any change in the registered office should be published in the Belgian Monitor during the same month as the date when it takes place.

The association shall be politically and philosophically neutral.

The object of the association shall be:

It may carry out any activities which directly or indirectly relate to its object.

In particular, it may lend its support and become involved in any activity that is similar to its object.

The number of members of the association shall not be limited.

The minimum shall be 3.

The first members shall be the undersigned founders.

Any association or person who is pursuing a similar goal or one which is connected to that of the association or which might improve the necessary means of carrying out the activities for pursuing this objective may become a member.

Persons who want to help the association to achieve its goal may, if they fulfil the conditions defined in the association’s regulations (Set of Rules), which have been adopted by the constituent General Assembly, put themselves forward as a candidate in writing to the board of directors, which shall then pass this on to the General Assembly, once the “Protocol of member admission” enforced.

Admissions of new members shall be decided upon by the General Assembly by a two-thirds’ majority.

In addition the Board of Directors could admit associated database/organization by a two-third majority. These associations would be those who did not comply with the conditions determined by the Set of Rules but whose activities corresponded to the object of the association. For their admission, the “Protocol for EPN associated database/organisation” must be followed.

Associates must display on the DB website in a prominent location the approved EPN membership badge.

Any member and associated database/organisation shall be free to withdraw from the association by submitting his resignation to the board of directors in written form.

The exclusion of a member may be decided by the General Assembly by way of a majority of two-thirds of the votes if this member loses the necessary qualifications for membership as provided by article 5 or through any action or attitude which may be detrimental to the association’s object.

The “Protocol for EPN member exclusion” must be followed.

Any member/associated that does not pay the contributions which are being requested from him within the fixed time-limit (terms and conditions on the invoice) shall be deemed to be resigning.

Any member that does not adhere to the data transfer protocol of the association shall be deemed to be resigning.

In the event of the resignation, exclusion or suspension of a member/associated, the admission fees as well as the contributions received shall remain with the association.

They may neither claim nor request a financial statement or a rendering of the accounts, or any appendices or an inventory.

There are two classes of fees;

The fees are: admission fee and annual contribution.

The admission fee may not be more than 1.000 Euros.

The annual contributions may not be more than 5.000 Euros.

The member admission fees and the member annual contributions shall be established by the ordinary General Assembly which shall approve the financial statement and the budget.

The General Assembly shall consist of all the members who have fulfilled their obligations with regard to the association.

The General Assembly shall be the sovereign power.

The association shall possess powers which are expressly recognised as being its powers by the law or by the present articles and memorandum of association.

In particular, the following shall be reserved for its competence:

At least one General Assembly should be held each year.

The association may call an extraordinary General Assembly at any time by way of a decision by the board of directors or at the request of at least a fifth of its members.

The General Assembly shall be convened by the board of directors by way of a registered letter or any other equivalent means at least one month prior to the meeting.

The agenda shall be mentioned on the notice of the meeting.

Each member shall have the right to attend the meeting. He may be represented by a proxy. Each member may only be the holder of one proxy.

All the members shall have the right to an equal vote, whereby each one shall have one vote.

The General Assembly shall be presided over by the President of the Association .

The resolutions shall be passed by way of a simple majority of the votes presented or represented, apart from in cases where it is decided otherwise by the law or by the present articles and memorandum of association.

In the case of a tie vote, that of the Chairman or of the director who is replacing him shall be the casting vote.

The members may receive a copy of all of the minutes of the meetings of the ordinary or extraordinary General Assembly.

Third parties may request extracts concerning the points which concern them. The motion should be proposed in writing to the board of directors. The costs which result from this shall be exclusively borne by those who are proposing the motion.

Any amendment to the articles and memorandum of association should be published in the Belgian Monitor.

The association shall be administered by a board consisting of at least 4 members, which has been appointed from among the members by the General Assembly for a term of five years, and may be dismissed by it at any time.

The mandate shall be gratuitous.

However, the General Assembly will be able to grant the directors fixed or variable remuneration.

It is absolutely necessary for the directors to be natural persons.

The directors may be re-elected.

In the event of a vacancy during the course of a mandate, a temporary director may be appointed by the board of directors.

In this case, he shall complete the mandate of the director whom he is replacing until the next General Assembly.

In the event of the President being unable to fulfil his duties, these shall be assumed by the Vice-President, in the first instance, or by the longest serving director present.

The board shall meet upon being called to a meeting by the President of the Association and/or the secretary. It may only decide if the majority of its members are present. These decisions shall be taken by way of a simple majority of the votes.

In the event of the votes being equal, the President of the Association’s vote or that of his replacement shall be the casting vote.

The President of the Association may delegate his powers to one of the members at the meeting or even to a third party with its consent, for which he shall be liable.

The board of directors shall have the most extensive powers to administer and manage the association.

The board of directors shall manage the association’s affairs and shall represent it in all its actions in civilian life and in its relationships with the authorities and third parties.

The expenses and commitments undertaken and/or incurred by the board of directors may never exceed the total amount of the sums possessed in cash by the association, except with the unanimous consent of the members of the association.

The board of directors shall not be entitled to commit the association to any credit with a third party nor to discount, pledge, mortgage one of its assets in any manner whatsoever, except with the unanimous consent of the members of the association .

The association’s financial year shall commence on 1 January and shall end on 31 December.

Exceptionally, the first financial year shall commence on the date of approval of the articles and memorandum of association by the constituent meeting so that it ends on 31 December of this year.

The status of the association’s receipts and expenses should be checked by two auditors. The General Assembly can appoint four persons for this task for a duration of three years.

The members of the board of directors shall not be eligible for this post.

The outgoing auditors may be re-elected.

The present articles and memorandum of association may be amended.

The General Assembly may dissolve the association if at least two-thirds of its members are present. The dissolution shall only be accepted if it is voted on by four-fifths of the members present

After any possible liabilities have been discharged, its capital shall be allocated according to the law’s wishes.

All situations not covered by these statutes shall be resolved in compliance with the law in force on Non-Profit Making Associations. 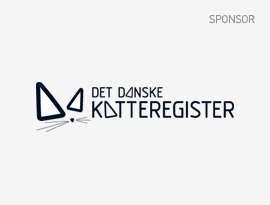 Europetnet has two databases in the UK that supply us with data and we would advise that you register with one or other of them.